Europe is the second smallest continent, located in the  Eastern Hemisphere and  the Northern Hemisphere and bordered by the Atlantic Ocean on the west, the Mediterranean Sea on the South and the Arctic Ocean on the north. It shares the great landmass with Asia. Europe is extended to 10.18 million square kilometres. It consists of fifty sovereign countries, among which the Russian Federation is the largest and most populous. Its total population, according to the UN report, is 742 million.

Europe gave birth to Western civilization. It saw the fall of the Western Roman Empire and commenced the Middle Ages, ending the ancient history of Europe. Subsequently, Middle Ages was extended in the period of Renaissance, where art, science, literature, and exploration flourished that led the Europe to the modern era.

The Age of Enlightenment (1685-1815) was a philosophical and an intellectual movement that changed the European history, philosophy, science, and politics and was followed by the French Revolution and the Nepoleonic Wars. The Industrial Revolution, started at the end of the 18th century, began in the Great Britain, eventually gave rise to radical social, economic,  and cultural changes in Western Europe. As the Soviet Union and the United States were two superpower nations after World War II, there was a decline in the dominance of Western Europe  in world affairs, dividing the Europe, during the Cold War, between the Warsaw Pact in the East and NATO in the West, until the revolutions of 1989, which resulted in the end of communist era, and fall of the Berlin Wall. 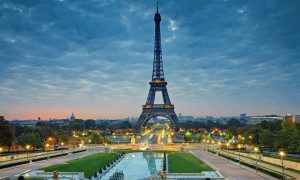 Studying in Europe for many international students can be a life-changing experience. Students from all around the world visit Europe for study purpose for its quality education and innovative teaching methods. Countries like Denmark, the UK, Finland, Germany, Poland, Netherlands, Norway, Switzerland, France, Italy are best known in the world for their technology and better education and support system.

Given are the reasons why Europe is a famous destination for study: