Canada, located in North America, is the world’s second largest country in area, occupying the northern two-fifths of the continent. It is expanded  from the Atlantic Ocean in the east to the Pacific Ocean in the west and the Arctic Ocean in  the the north. It covers 9.98 million square kilometers.

The capital of Canada is Ottawa and other large cities include: Vancouver, Montreal, Quebec City, Toronto, Calgary, Winnipeg, Hamilton and Edmonton. Canada has three territories and ten provinces and most parts of it have a cold winter climate, whereas the southern parts are warm in summer. We can find forests all over Canada, with the Rocky Mountains in the west.

The official language of Canada is English and French, which reflects the country’s history as once ruled by two great powers of Europe, i.e., The United Kingdom and France. Canada gained wholly independence from the United Kingdom in 1982, but remains a Commonwealth Nation, and is a federal parliamentary democracy and a constitutional monarchy, with Queen Elizabeth II as its head of state. Canadians are open minded people, comparatively less in number, who love to welcome immigrants from different parts of the globe, with tremendous amount of understanding of multicultural societies and traditions. Canada, one of the world’s most inspiring places for the economic growth, solely depend upon its natural resources and international trades; especially it is directly or indirectly affected by its neighbour the U.S. on its economy and traditions. 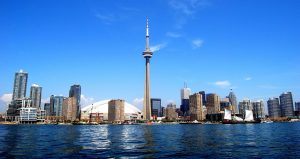 Given are the reasons why Canada is a favorite study destination: